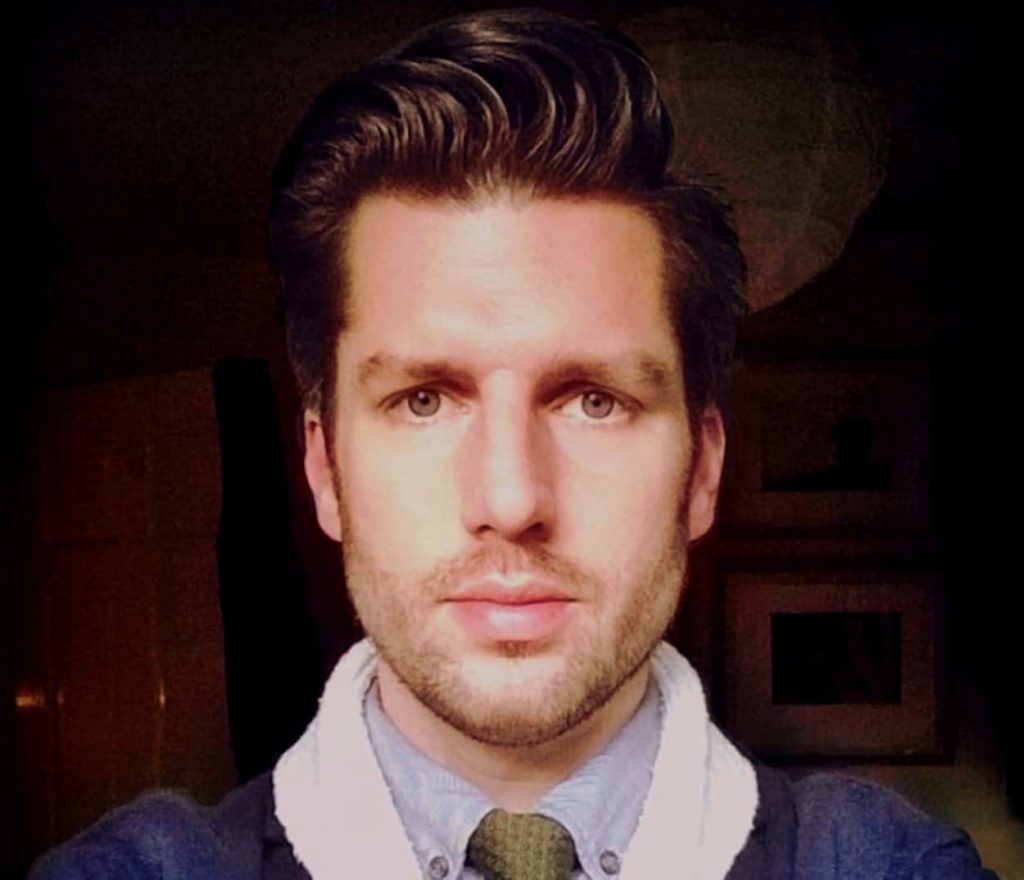 With the construction industry showing growth for the 61st consecutive month in September, the increased demands on the fit-out industry has provided a challenge that is bringing out the best in those nominated for the coveted Fitout Awards.

Wouldn’t it be great if you knew exactly what these designers and architects were thinking?

Whilst unfortunately we cannot read their minds, we have provided you with the next best thing. A list of ten questions that we have asked Patrick Wilding, Senior Interior Architect at CBRE who was recently shortlisted for the coveted fit-out Designer of the Year award.

So Patrick, how long have you been an architect and what made you go down that particular career path?

I graduated with a BA(Hons) in Interior Architecture and Design from The Nottingham Trent University in 2003.

I chose Interior Architecture and Design as I was most interested in how people interact with design and what impact a space can have on a person. It is a discipline that can, and should, engage all senses, and hopefully in a positive manner!!!

After graduating I worked in Dublin, Ireland, for a number of years, mostly working in the hospitality sector before moving to Dubai, UAE, during the recession in Ireland.

Whilst in Dubai, I worked for an American hospitality interior design firm and was predominantly based on site.

From Dubai I moved to London, working for the same design firm, before moving back to Dublin to work freelance. Initially I worked with CBRE as a consultant before taking up a permanent position at the end of 2017. With CBRE the majority of our work is commercial office fit outs which has become an increasingly interesting sector in the last few years with the introduction on ‘new ways of working’ and buzz topics such as ‘biophilic design’ and ‘resimercial’.

You were recently shortlisted for Fit out designer of the year – tell us all about it!

It was a brilliant experience to be shortlisted for Fit Out Designer of the Year. I realised I was a relative outside runner compared to some of the other designers shortlisted, so I decided to have fun with the event and took enjoyment from everything from getting the confirmation email to deciding what to wear on the night!

Principally the nomination derived from a project I had worked on in Cork, Ireland. The project for Pilz was undertaken in conjunction with Cook Architects and was a combination of a new build office building and refurbishment of an existing building on their campus.

Unfortunately, I didn’t win on the night, but was wearing a great suit!

What has been your favourite project and why?

Other recent enjoyable projects have been Iveagh Court Block E and Central Park Block C where we undertook projects for the landlords of the buildings to refurbish the communal areas where we were able to install some interesting design elements which completely changed existing spaces.

As you know, at Workagile we’re huge proponents of salutogenic design. How do you consider the human element in your designs?

To use an established adage, ‘form follows function’. Ultimately interior design and architecture is undertaken in response to how people do, and will hopefully, engage with their environment.

From the overall architectural layouts to the more interactive elements, such as the selection of finishes, you must be aware of how people will respond and react to these features. As a commercial designer, you must work with the client to establish how they want to portray their office culture and how they want people, most often their staff, to act in their workplace. The layout and finishes of a highly open interactive work place will be very different from an industry that requires privacy and discretion.

In today’s work environment we are hugely affected by technology and how people are using it. From the size and flexibility of devices, to the increasingly easy availability of video conferencing. Consequently, designs must adapt accordingly. For example, you can participate in a meeting of multiple people via VC technology whilst sitting in a small booth in a different country.

To fully design in consideration of the human element we need to be cognisant of complimentary studies and research, such as sociology, ergonomics and medical reactions of humans to different environments.

A design cannot be deemed successful if it doesn’t perform in a manner that best suits it users.

Are there any key influencers that you follow when you’re looking at what’s coming next in the industry?

To be honest, I find the term ‘influencer’ slightly frustrating. Mostly because it is over utilised and very often unwarranted.

As a designer I find inspiration from a variety of sources, not just those whom deem themselves to have an interesting social media platform. I of course follow plenty of creative and interesting people and companies on social media and think it is a great platform to gain inspiration and ideas.

I tend to follow manufacturers and suppliers producing products and designs that I appreciate and aspire to, rather than necessarily being at the ‘cutting edge’ of design and influence.

There are several architecture and design companies, such as Gensler, that are doing great research into the modern work environment and how best to design to people’s needs. But when considering what is coming next, we need to take reference from elements that may not be considered directly part of the interior design sphere, such as technology.

Where do you get your inspiration from? Is it social media based? Are you influenced by a particular style or time period?

Inspiration can come from many places and should be everywhere. I design interiors but get sparks of ideas from anything from graphics, jewellery, car design and art, to name a few.

Galleries and design museums are also great resources. Appreciating what has come before is great to understand where we are going.

Social media has become a great and convenient resource for finding design ideas and inspirations. But nothing beats engaging and experiencing a product or space first hand.

I’ve always had a preference for simplicity in design and frequently find myself referring back to mid-century modern designs and ideas.

What do you find most challenging about your different design projects? Do you encounter similar problems across projects or is it different from project to project?

Commonly, the most challenging aspect (and the unfortunate reality of interior design) is you can have brilliant ideas that the client is enthusiastic about, but the budget simply isn’t there to make them a reality.

However, this can also result in some great creative thinking!

What’s your favourite Workagile product and why?

I of course like all of Workagile’s products, but as mentioned previously, I have an appreciation of simple design and particularly like the ‘Forbi’ light fitting. As well as it’s clean lines I like the use of timber in a product where it is not often used.

I first engaged with Workagile at the Clerkenwell Design Week earlier this year, in particularly with the ‘Huddlebox’ product. Since then I started to follow them on Instagram.

I enjoy following manufacturers on social media and find inspiration from their images as well as using it to keep up to date with any new products or events.

In 2019 we’re seeing more focus being placed on sustainably produced furniture. How important is sustainability in design for you?

Sustainability and the environment are hugely important factors for design and the world at large. As designers we create localised environments and therefore should be aware of the impact they are having beyond the ones we create. I believe the design industry, as a whole, is becoming more environmentally conscious. With the prevalence of biophilic design, and more recently salutogenic design, it would be contradictory and counterproductive to implement these design principles without acknowledging what is happening in the wider world.