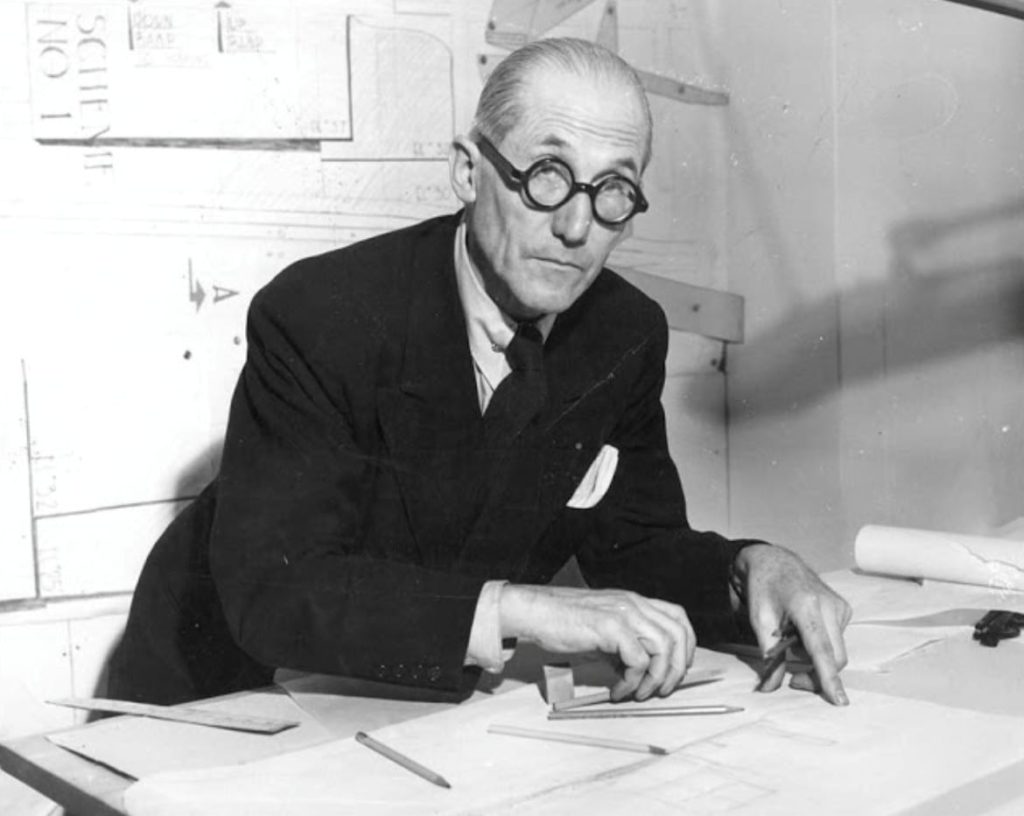 Charles-Édouard Jeanneret, better known as Le Corbusier, was a pioneer of modern architecture and a leader of the International Style. The largely self-taught architect was also an accomplished painter and writer.

Few designers have been as fêted, derided, and ultimately influential as Le Corbusier. Primarily an architect, Le Corbusier believed that the correct application of modern materials and building methods could deliver better living conditions, and ultimately a better quality of life for the residents of crowded cities.

Le Corbusier’s most celebrated buildings include the Villa Savoye outside Paris, Notre Dame du Haut in Ronchamp, France, and the Unité d’Habitation in Marseille. Among his sleek furniture designs are the LC2 chair and the LC5 chaise longue, which, which are still produced and popular today

Le Corbusier was fascinated with proportional systems, such as the Golden Ratio, and the Fibonacci Series, both of which he integrated into his own system, Modulor. Modulor is based around the Golden Section as it relates to the human body, and the result is architecture and furniture that just feels right.

This is reflected in Le Corbusier’s description of his furniture as “extensions of our limbs and adapted to human functions.” Lay down on his famous LC4 Chaise Longue and you’ll quickly realise what he means – it feels as though it has been sculpted to fit your body precisely. 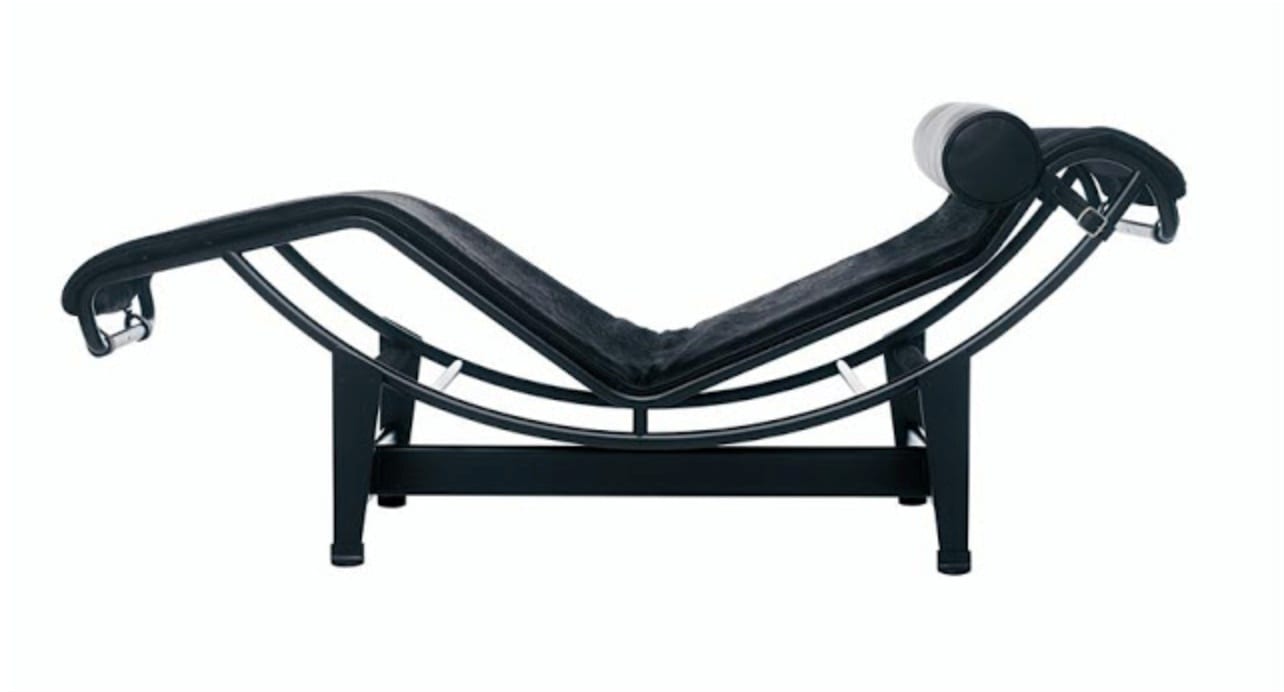 Le Corbusier noted the positive force technology had played in people’s lives with revolutionary inventions such as the car and the telephone and declared the house should be “a machine for living in”. They utilised glass, steel and concrete in their designs, which allowed them the opportunity to create buildings of radical design, such as the skyscraper, which would not have been plausible were it not for these materials. Buildings like these have no doubt, even today, redefined the urban landscape. He and the other modernist architects believed that a for a home to provide its function it should have the purity of form of a well-designed machine.

He started with Villa Fallet in 1905. Based in La Chaux des Fonds in Switzerland, this Villa is national romanticism in style. It takes the swiss chalet and vernacular architecture and Ruskinian materiality and runs with it. It is not what one might consider a progressive project. He then went on his ‘Voyage D’Orient,’ filling notebooks with sketches that became transformative for his style of architecture – the Mediterranean housing that he loved were simple geometric volumes bathed in light – clear, precise geometry. He creates the Villa Schwob in 1917

Although the Villa Schwob is not one of the best-known buildings, it is very important for Le Corbusier’s career. He designed and built during his years of training as an architect in exploring how to fully embrace the purists’ objectives of order and mathematical precision in architecture. The Villa Schwob was an important start to the issues later would become hallmarks of Le Corbusier, as his plan space and roof garden. In “Towards a New Architecture” he published a picture of Michelangelo The Capitol. The regulating lines that define the proportions of The Capitol can be seen in the regulating lines that are used to define the façade of the Villa Schwob 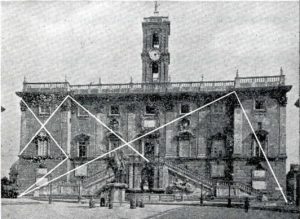 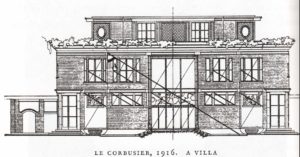 In a letter to Ritter dated June 1920, he sees this house the starting point for a new program that incorporates the memory of travel. “… I am devoted to serious works, even scientific, that is, to paintings that are at least the continuation of my House Schwob… But I look primarily at the Parthenon and Michelangelo… a reliable art. And the temperament won: New model; the Parthenon, this drama… ”

3 of Le Corbusier’s most famous works 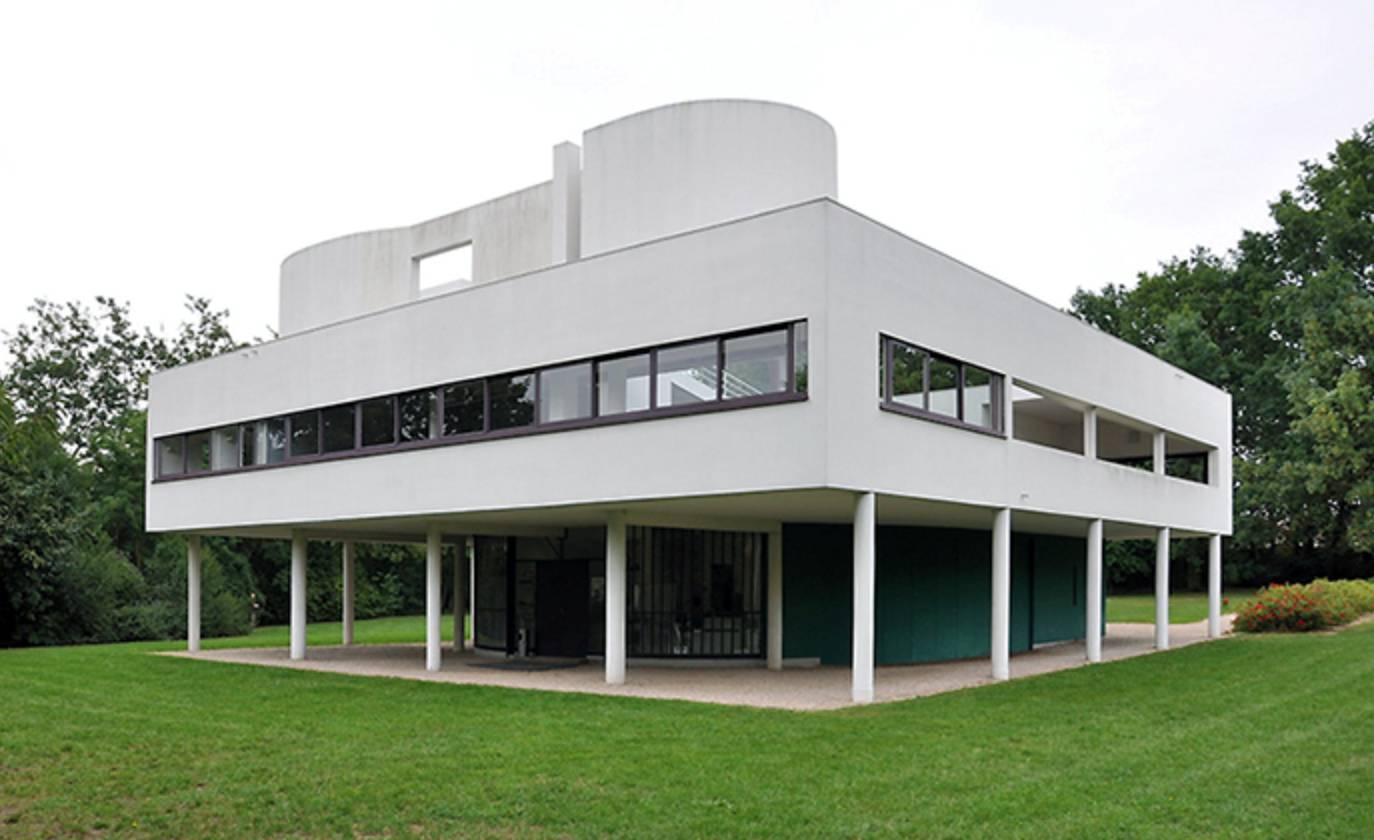 Villa Savoye is arguably Le Corbusier’s most renowned work, and a prime example of Modernist architecture. The sleek geometry of the white living space, with its elongated ribbon windows, is supported by a series of narrow columns around a curved glazed entrance – and topped with a solarium. Completed in 1931, this building was revolutionary: the use of reinforced concrete required for fewer load-bearing internal walls, allowing for an open-plan design. The movement of cars to enter the interior of the house (a concept that impassioned Le Corbusier for years) is the trigger for the design of the building. The main part of the house (living room, kitchen, bedrooms and bathrooms) is located on the first floor, while the ground floor is occupied by the hall and offices for the service, with a garage capable of storing 3 automobiles of the time, something that was a milestone in the history of architecture and a great step forward for its time.

Everything inside the hall is painted white, representing the interests of Le Corbusier in architecture, health and hygiene (now known as Salutogenic Design) in an era in which the city suffered the consequences of overcrowding in the form of epidemics, and reflects the important discovery of microbial life everywhere, including inside homes. This point is also reflected in the profusion of toilets and sinks inside the Villa, apparently well above the needs and taking advantage of the running water on which they counted.

By the end of the 1920s Le Corbusier was focused on obtaining major commissions – what he termed ‘Les Grands Projets’ For the two-part competition to design a group of buildings for the League of Nations headquarters in Geneva, he adapted his revolutionary Five Points of a New Architecture” to a greatly expanded public scale.​ However, “his loss of the competition and the ensuing controversy were the source of tremendous personal bitterness,” says Jean Louis Cohen in Le Corbusier Le Grand.

though “it also generated worldwide celebrity for the ambitious architect.”

Two decades later, fame and misfortune drove Le Corbusier to put forward his own plans quite forcefully, when he was appointed to the board of design consultants overseeing the new United Nations HQ in Manhattan. In terms of ambition and determination, the architect’s work on the UN Headquarters was certainly one of his Grands Projets, even if his role creating the finished building remains cloudy.

The meeting place of world leaders, the United Nations Headquarters is a building with status. The imposing rectangular tower is dominating, yet dignified. Surrounded by the skyscrapers of New York, this building needed to stand out: blue-tinged glass reflects the water below, while the two windowless concrete walls give the building a refined status of solidarity and endurance, which are key aspects of the United Nations. 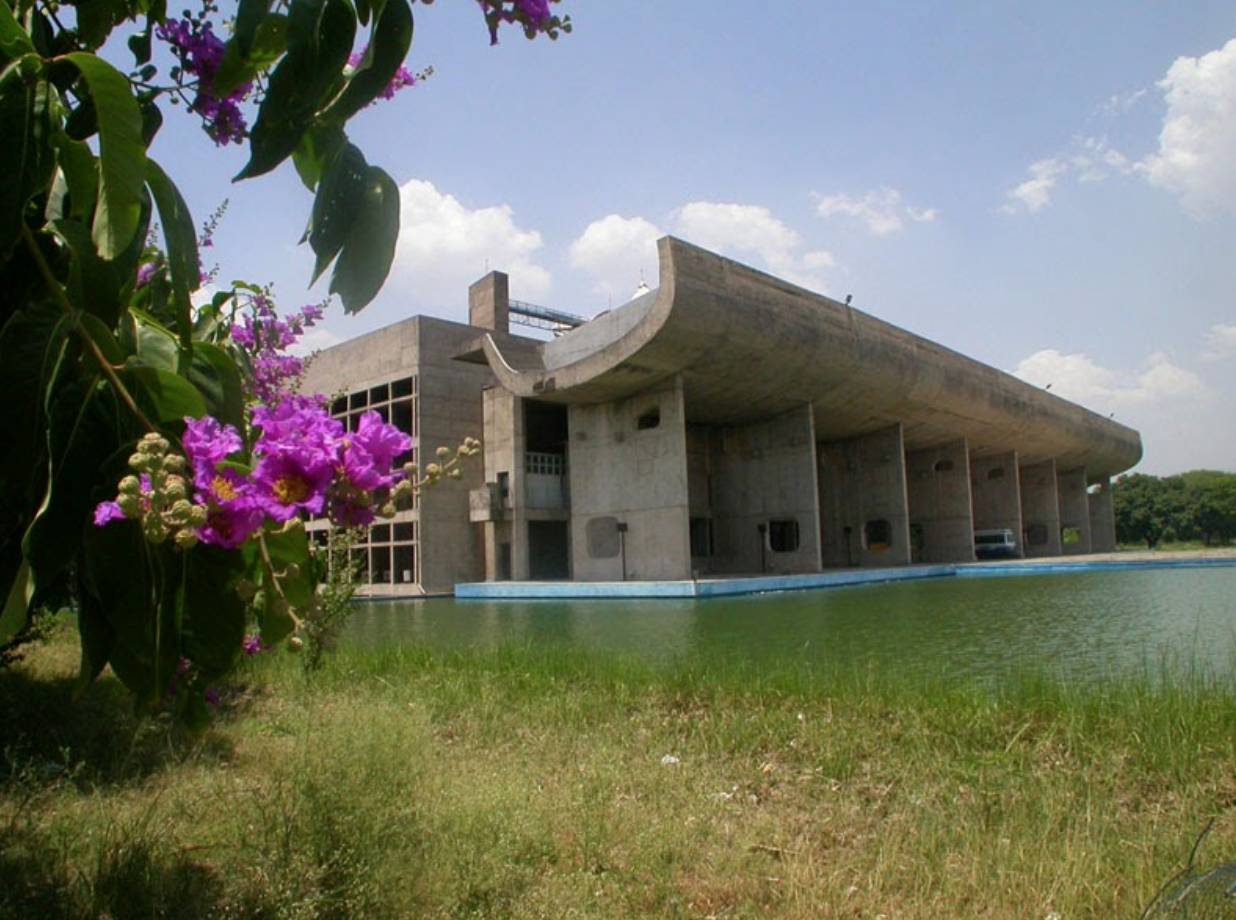 The colourful structure of the Palace of Justice is a prime example of Le Corbusier’s work in India. With a curving roof similar to Notre Dame du Haut, the regularity of the arcade gives the building gravity and solidity. The geometric apertures of the windows resemble traditional Indian fretwork, creating a texture that contrasts with the smooth faces and tactile curves of the roof. Red, yellow, and blue, combined with the colours of the Indian flag, complete this balanced and harmonious building.

The design of Chandigarh is deliberately analogous to a human body, different regions forming the parts of the body. The ‘Head’ contains the Capital Complex- the main Government institutions, like the Legislative Assembly, the High Court, and the Secretariat. This complex is separated from rest of the city by parks and highways and is built in this way to demonstrate the powers of a democratic state.